(prob. they guy ‘obama’ was named after) b/c he was named in

& thought, ‘hmmm, that was one of the names in the running

when i was preg. with angel!’ this gal welcomed a fleeing &

scared evil general, sisera, into her tent. he thought he had found

refuge, but read what happens: 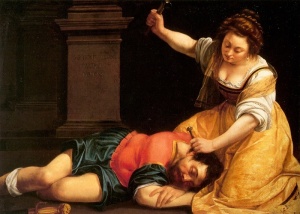 the version i read stated “and then he died.”

hmm, ya think? what a woman to be named after!

So keep seeking Jesus in the Word. Read those New Testament red letters and believe Him. When you start to live for him as a result of believing, it will be in a new covenant with Him - one with amazing promises. You will see things more clearly than you ever have. And you will experience true freedom!
Loading Comments...
%d bloggers like this: