last night was good. ricky & i talked and messed around and laughed til like 1am. i got to know him better. i love it when that happens. the next morning’s usually another story, but never told with regret.

we were talking about how God wants to engage with us, in a way. a way foreign to most people. and how people, espec. those like us who grew up in church w/the flanelboard Jesus stories, we don’t really get it. but i think i got a sliver more of it yesterday, if i could share: God isn’t cool with the whole pyramid analogy ~ Jesus 1st, others 2nd, & you last (“J.O.Y.”), a concept i always thought was so noble & humble & tried to achieve, but never could.

He’s not impressed when i goal myself to spend the 1st 20 minutes with him every day for the next week, before anything else. he may smile, but what he really wants is for me to make him not 1st, but centered. whenever i’ve tried to give him my measley 20 minutes “off the top” of my schedule, my time-tithe, i’ve in essence said, “ok, after that’s done, i can get on with my to-do list. coffee, getting ready, work, errunds, working out, homework…” without 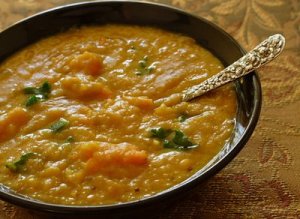 the guilt. but at the end of the day, i’d usually sit down at the kitchen table & there was always a side-order of guilt there.

UM, server, could you take this back to the kitchen? i thought i ordered God first – an appetizer. so why’s this guilt sitting here?

maybe it’s about performance…ordering him 1st (& out of the way) so i can then focus on the meal of the day – what’s really important & “filling”. it’s really not humble at all, thinking i can check him off and go about the rest of my day on my own efforts. that sounds like arrogant, performance-based religion. cause you know what? lookin’ back, if i made him “1st” & did my morning devotions ever so diligently X-many consecutive days, yeah, the content helped, but there was still that nasty guilt later on. what i did just wasn’t enough.

so last night when my hubs & i were talking about how the Father wants us to make him a part (specifically, the center) of all we do, even the little things, it rang so true in me. that’s something i’ve been missing. i feel like i’m being slowly drawn out of a car wash. i’m seeing this clearly, more than ever.

1st isn’t best anymore; all is the aim. and if my ritual-driven brain can’t seem to manage that term, i’ll reword it & make him the “center” of my daily activites. and if that word seems just too intimidating, i might just focus on thinking about him ~ “including” him…chatting w/him about my thought-life & worries, errunds, kids, with bursts of gratefulness, rants of frustration, or utterances of concern for a friend. i’ll be with him & he’ll be with me. & we’ll just I.M. all day, in thought. a full day with a healthy dose of God sprinkled throughout.

4 thoughts on “i’ll have religion with a side of guilt, please”

So keep seeking Jesus in the Word. Read those New Testament red letters and believe Him. When you start to live for him as a result of believing, it will be in a new covenant with Him - one with amazing promises. You will see things more clearly than you ever have. And you will experience true freedom!
Loading Comments...
%d bloggers like this: