I was confronted. I was confused. I was searching my heart for any fault. Were these accusations true? Were they false & brought up to me because of underlying jealousy toward me? I didn’t know then, and even today, I still don’t. But one thing I do know, is that all the questioning I was doing, made me doubt who I was and what my purpose was. It was March of 2005, and as winter was blowing its chilly goodbye-kiss, I waited for spring to give me a warm welcome. But the questions and accusations in my mind would not let up. A month crept by. I felt more judged by outsiders. The sun came, but I was still cold, and digressing into depression.

Outdoor activities, scrap booking, sex, cleaning the house, playing with my son, even singing didn’t interest me any more. I began to have sudden, worrisome thoughts that would race uncontrollably, & would make my body tingle and mouth dry up…and if persistent, would cause me to shake. I later discovered that these were panic or anxiety attacks & was prescribed Wellbutrin and Xanax. About four of these attacks  and almost 2 months later, I’d sunk into a dark, unmotivated mental state.

I wouldn’t even want to get out of bed to help my son go potty, or fix him breakfast. I was doubting my calling and my purpose as a child of God. Why try to prove myself to people who don’t really even care. Why try to show my true colors, if they’d been all smeared together in a brown, ugly mess?  My world was quiet and reflective (when I wasn’t trying to prove my case to objective listeners), as I tried my best not to sit in a gross pile of my own pity.

And then one summer morning, I looked around the house and realized it was a disaster. I started picking up toys. Once the floor was visible, the only logical next step was to vacuum. Maybe this wouldn’t be so hard if there was music on. So up went the volume of Crystal Lewis‘ voice – her modern versions of timeless hymns. Hymns have always comforted me. 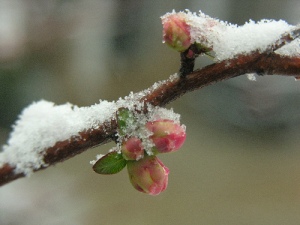 That vacuum seemed to weigh a ton at track 1, “Holy, Holy, Holy“, but it seemed to get much lighter during “His Eye is On the Sparrow”, and “Wisdom of Tenderness” …and by the chorus of  “O Happy Day”, I was singing so loudly, I thought my neighbors would complain. I found myself vacuum-dancing with my 3-year-old, around his room, trying to focus more on the words, than how not to get tangled in the cord. “Great is Thy Faithfulness”, “Jesus Paid It All”, & “There is a Fountain” followed, and I sung along, worshiping in spirit and in truth – no mask, no pretenses, no looking around, just a simple glorifying of my Lord, with the added bonus of fresh & clean carpet.

As the songs filled the air and the music in my heart was poured out through my mouth, I became weightless in spirit, again. I was believing the words. Depression’s dead-weight was no longer attached to me. I had read (from, “The Battle belongs to the Lord – Overcoming Life’s Struggles Through  Worship”) about how Old Testament bloody battles were won with worshipers sent out on the front-lines.  But this internal battle I’d been fighting was … lonely and emotional and secretive.  Yet it was won the same exact way. With genuine worship. Sometimes, as with Elijah in 1Kings 19:5, all we need to do in order to overcome depression is to respond to – obey – a simple command of the Holy Spirit. The angel told Elijah to get up and eat. He told me to get up and vacuum, and worship. There was a release in the instant obedience and a miracle hidden in the smallest of efforts.

I also happened to be in the middle of a weekly study called, Believing God. Ironic, I know. Twelve hours later I was questioning if I was healed. I struggled a little bit that day…and the next. I had another panic attack a few days later, and thought, where’s that blessed assurance? But The Lord, in is gentle way kept drawing my mind back to that vacuum dance. I needed to take hold of grace…the same amazing grace offered to every thirsty soul.

After that last panic attack the week following that dance, there was no sign of depression or anxiety left in me, anywhere. I stopped taking Wellbutrin. There was no reason for the pills. When my worship was genuine and focus was on Christ (and what took place on his wondrous cross), there was nowhere for depression to take root.

In the garden of my heart, the once fertile soil of fear had dried up, and fragrant blooms were already bursting through the rich soil of surrender underneath.