I will start this post by saying that today was a very good day. I picked up my friend who has survived a great deal of trauma as a victim of sex trafficking, & took her to a studio to record a video of her telling her testimony. The purpose of this video is for awareness and fund raising for Stop Child Trafficking Now. The plan is to edit it down & show it at an event in another state, later this year. The footage we got on tape was raw emotion. True. Sprinkled with specific details. Details that will leave many, many young people watching, shocked and more importantly,

wanting to know more about this issue of forced child prostitution & trafficking.

I think that once this is watched, it will be hard to resist the temptation to take action to protect girls in bondage, or those who are at risk of it.  This to me, is a continuation of my spiritual battle.

I didn’t think about it as such until, once again, I was reminded that whenever something is about to happen in the spirit realm, it is not uncommon for my family to experience push-back the night before. 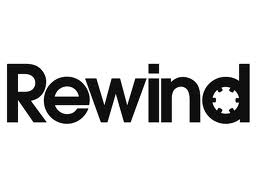 Last night, I had a dream. I woke up from it very bothered. If I remember right, it had to with people at a funeral. But this funeral was for many people. There were many caskets. Everyone there except me, thought that those in the caskets were dead. But I knew something they did not. I knew that the people inside were alive. I was trying to tell the crowd that they were not dead. Frantically trying to convince them that they were alive and need out.

Looking back, I think that my dream may have meaning. Those who were inside caskets could’ve symbolized the girls who are living enslaved. Girls who feel like there is no way out and can’t speak.  Not much symbolism with me trying to tell everyone there that they are alive. That’s kind of what I’m trying to do every day. Just today, I told my Dentist & his assistant about this issue (during an exam). They had no clue that it was a problem in Portland. Now they know. As I was leaving, the receptionist who has 3 daughters, kept asking me question after question, with concern for their safety. Now she knows.

Last night, both my children woke up from scary dreams. Angel tried to get in bed with us around 2am, very upset. Braylon a bit later, came into our room saying he was really, really scared. It took me a good 10 minutes…but I realized the connection. It’s taking me less and less time to realize it with each attack.

I took him downstairs, prayed with him, reminded him of how he can pray a simple prayer by himself to influence  the spirit realm, and then we both went right back to sleep, comfy on couches.

Tomorrow my friend will go to what I believe will be her first Bible study, which I’ve been telling her about for weeks. She told me today that she will make a point to go with me. It is Beth Moore’s “Breaking Free” study. One that has serious life-changing implications & applications for her. This is a gigantic step in the right direction for her, spiritually, as it will show her with clarity the truth in scripture and almost force her to read it often. Not just any scripture, but specific passages that deal with bondage, vs. freedom.

This excites me to no end!

I just wanna say to Satan… “Really, dude? You wanna go at my kids who don’t get spiritual warfare, when they are sleeping and utterly defenseless? Is this all you got? You are so lame. You come at me or my husband, that’s one thing. I will fight you with the Word and the power of the Holy Spirit. You will shrink back into your abyss like a shriveled weed that’s lost all ability to choke out seeds. Go take your demons somewhere else & leave us alone. We got work to do!”

One thought on “Feb.22nd: Advancing the Kingdom & the Push Back You Get”