Braylon E Russ was quite the Notable character last night. His middle school friends dressed up for an event they’ve been preparing for since Janaury, “Night of the Notables”. Each student chose a figure in history who has greatly contributed to society in some way, studied and researched them, and made a tall, tri-fold cardboard presentation about that person. Braylon did an outstanding job, for this being the first project of its kind that he’s tackled.
We bought some used clothes based on old photos we found of his Notable, and to top it off his dad drew a great little ‘stache. The event, attended by Gamma, Papa Bob, Gigi and Papa Bruce (and the families of 37 other middle schoolers in character) was a cute idea – we all got to visit each character and ask them questions about their life, and they had to answer in character. Parents filled out a sheet with as many Notables as they could guess. Then about 40 minutes later, the kids were dismissed to their classrooms where the true identity would be revealed on their presentation boards.
I think Papa Bruce, the Bebb Jeopardy champion, got the most right in our family.

Can you guess who Braylon chose as his Notable person in history? 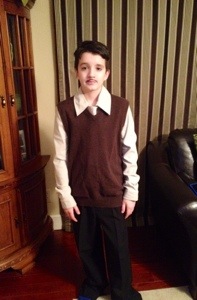 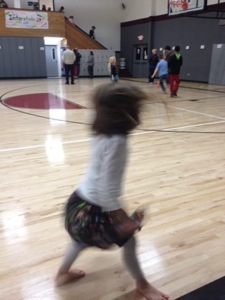 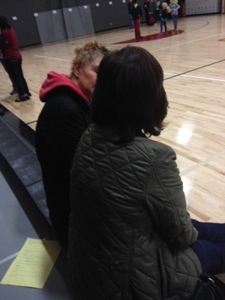 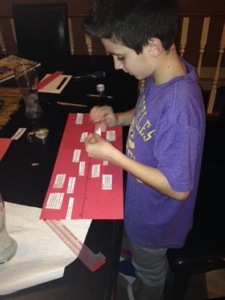 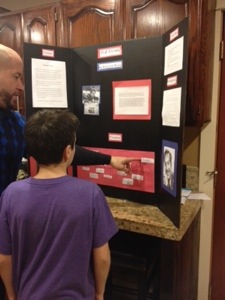