Saturday night my family attended a service at Athey Creek that gave a taste of the next evening’s concert: “A Christmas Together”, a compilation of several artists. I struggled with paying money I wasn’t sure we had to go the next night, but I knee that if I did, the main reason would not be to be entertained or even blessed by the worshipful atmosphere and talent. It would be to pray for Micah, the spoken word poet, for a condition he has had to endure for several years involving bleeding and inflammation of internal organs.

Saturday night he actually performed a poem about it. What a Fool, I believe he titled it. Track 11 at the link below.
http://micahbournes.bandcamp.com/album/alive-ill

The first half of this poem tried hard to intimidate me. But the rest gave me some boldness and encouragement. The Spirit of God wouldn’t relent yesterday (Sunday) as I kept vacillating. Should I go? Would it be worth the money spent, the time away from family, the emotional energy?
I decided it would. Because I knew that Micah was on tour and I didn’t know when I’d get to see him again to pray in person. To lay my hand on him and pray for healing for him in faith.

After the show, I kept my distance from him and watched as he mingled through an adoring crowd and signed CD’s for children. I dismissed the stalker vibe I thought I was giving out, and the thought of leaving when I lost track of him. 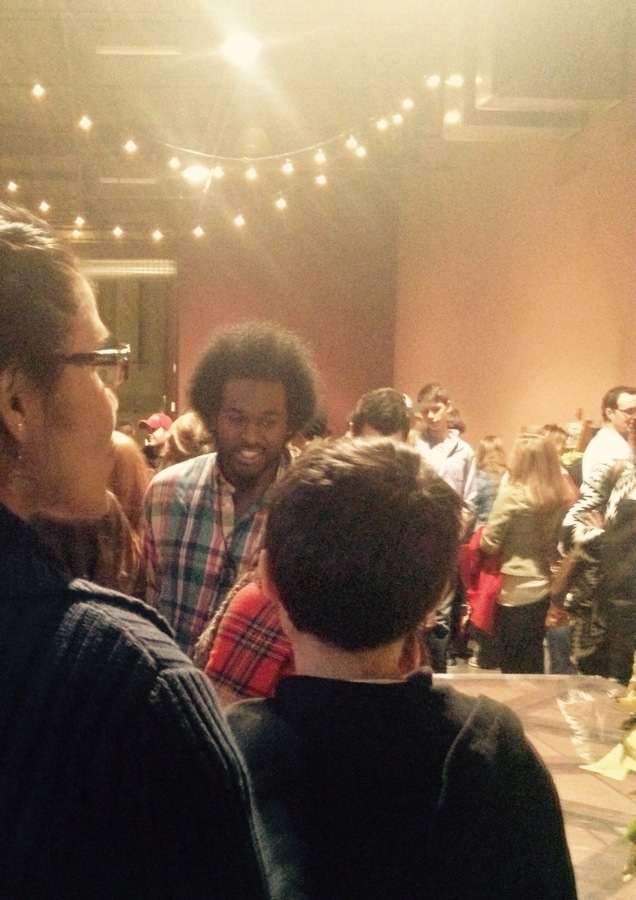 I approached Jadon Lavic a fellow musician and friend on tour with him, but he didn’t know where he’d gone. I asked Tim Timmons and after an awesome little conversation on authority in Christ, he pointed me to a little room with a cracked door in the back corner of the sanctuary. It was the “green room”.

So off I walked. Whether he’d receive my offer in his heart, I wouldn’t know. But I knew he’d let me pray. “What a Fool” from the night before, gave that away.
I peeked in and singer, Sarah MacIntosh was seated on the ground; she greeted and welcomed me in and I saw Micah sitting on the couch to her left.